Ghariokwu Lemi, is a self-taught Nigerian Visual Artist, Graphic Designer, Illustrator and Songwriter. He is most renowned for many of his original cover art for Nigerian music legend Fela Anikulapo Kuti. His work involves a variety of styles, often using vibrant colours and individuated typefaces of his own design. This serves a consciously integrated meta-textual function. One would say his art is rebellion, comical, political, even erotic but most of all he is a genius in pictorial narration. Observer Music Magazine (Guardian, UK) called him “King of Covers” in 2004.
Ghariokwu’s work has attracted much attention in the West and is the subject of various retrospective exhibitions. He is on Phaidon Press list of 100 emerging and influential graphic designers in the world. His painting ‘Anoda Sistem’, created in 2002, is in the permanent collection of the Museum of Modern Art in New York (MOMA). He holds a dual lifetime membership of the museum. Lemi is also a member of Artists Rights Society, New York. He is surely one of Africa’s best-kept secrets. In June 2010 he successfully branded FELA-BUS, a marketing mural-on-wheels for the producers of the hit Broadway musical “FELA!” in New York. He also designed the poster for “FINDING FELA”, a documentary which was premiered at the Sundance Film Festival in January 2014. Ghariokwu is very contemporary and constantly doing avant-garde works. He exhibits and holds workshops around the globe with the aim of leaving a lasting legacy in his own art style branded – ‘Afro Art Beat’!

Lucky is a  graduate of Economics from the University of Lagos. He is also a fellow of the Institute of Chartered Accountants of Nigeria.

He has garnered over 25 years of experience, in the professional services and retail (fast food and garments) sectors, in roles that span Executive Management, Financial Consulting, Strategy and HR Consulting, Accounting, Audit and Taxation.

A pro-active thinker and strategist, he is a great writer and communicator. Lucky  is  the  Chief Executive Ofﬁcer of  the ﬁrm 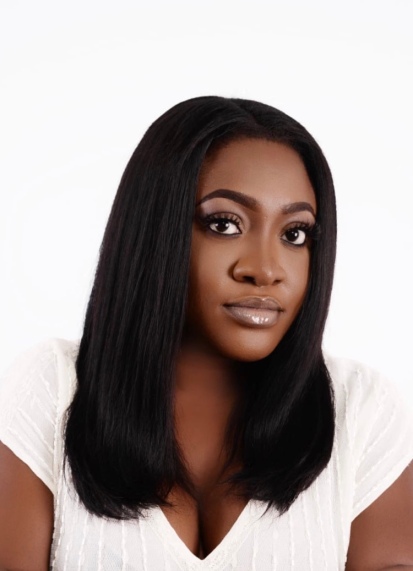 Yetunde (Yetty) Ogunnubi Award-winning PR Consultant was born in Lagos to a family of artist, both her parents are front-runners exterior decorators and artist in Nigeria, with their works on several monumental buildings across the country.  She spent her early years in Both Lagos and Ogun state before moving to the United Kingdom.

Yetty, as she is fondly called, is a leading professional in the fashion, arts and corporate industry with over 17 years experience in  Fashion, PR, Marketing, Creative & Image Branding and Event Management. Over the years, Yetty has managed publicity projects for numbers of government. organizations, corporate businesses, fashion and creative events, press conferences, promoted emerging and established labels and artists internationally of which many of them have gone ahead to become household names in their different industries.
She started her career as a Fashion designer in the UK with her brand Yetty D (Revolution by  Yetty D) a lifestyle brand which became a household name, after starting off the label she started her annual fashion event which gave platforms to the UK  up and coming fashion designers, models and artists.
Whilst pursuing her career as a fashion entrepreneur she contributed as a writer and proofreader for a couple of fashion magazine in the UK before she became a fashion editor for the ISAAC Outlook Magazine an exclusive lifestyle Magazine. Yetty’s creativity as no bounds, her illustrations have been used as covers for books and art pieces over the years as well as been commissioned on several art projects.
In 2009, Alongside her legendary Uncle renowned artist Lemi Ghariokwu. she was commissioned by Punch Records Uk to create fashion pieces for Mannequinns using her uncles cover art for FELA for the Fela TOUR (Arts Own Kind) in the UK.

As a fashion designer, she has been featured in many international magazines and her designs used as costumes for blockbuster movies and music videos.

In 2012, She co-produced for Uber Africa  Unmasked in the UK. A reality TV Show set to find the next best African inspired designer in the diaspora.  She relocated back to Nigeria, at the end of 2013.
In 2014, She went on to become The Communications Director for Africa Fashion Week London and Africa Fashion Week Nigeria. After celebrities and organisation started approaching her for PR and branding jobs, she decided to establish her PR, Communications and Brand Agency in 2016. (YD AGENCY) and gone on to work on several projects.

She recently became one of the directors of MY AFRICA PROJECT a Nonprofit organisation. She is also a Trustee director for ELOY Foundation and Pride Lagos Creative Enterprise Week.

She was awarded Pride of Africa Award at the 2018 PFW Africa Event and ForeMag PR Person and Organisation of the Year 2018.

She has also dedicated herself to mentoring youths and young aspiring professionals in both the fashion and corporate world. With the wealth of experience and knowledge, she possesses she believes in inspiring and impacting others to succeed in their endeavours.

YD Agency is a one stop shop for all facets of Brand Communications and PR Management. Our Key offerings are creating visibility and expanding mindshare for our client brands, across value chains, reaching target audience, penetration of markets, eliciting desired reactions and amplifying desired perceptions.

#happynewyear #happynewyear2020 #ydagency #ydagencyhq #pr #agencylife #pragency
T H A N K Y O U | As the end of year draws near we would like to take this opportunity to thank you all for an amazing year. Our success is based on the relationships we have built over the years, and we really wouldn’t be where we are without you. We are appreciative for the opportunity to work with, and for you. Our passion for helping our Clients achieve their set goals remains strong. 🥂 Here is to a successful 2020. Thank you 🙏🏾 YD Agency Team ‘19.
Merry Christmas to you all from our team.